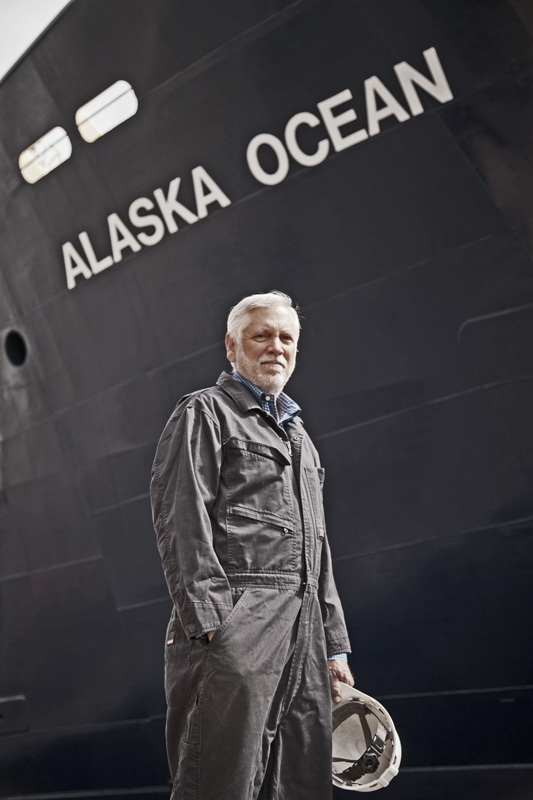 Aleutian Proteins was started in 1989 by Joel Cowger, a fisheries biologist and former U.S. Sales Manager for Stord International, the Norwegian manufacturer of fishmeal production machinery. During the rapid development of the Alaska pollock industry in the early 1990’s, Aleutian Proteins sold and installed Stord fishmeal factories to many Alaskan producers. Shoreside factories were installed at Trident Seafoods, Alyeska Seafoods, and UniSea; shipboard factories on fishing trawlers included the F/T Northern Eagle, F/T Northern Hawk, F/T Northern Jaeger, F/T Saga Sea, F/T Heather Sea, F/T American Empress and F/T Alaska Ocean. In 2004 we sold and installed a salmon meal factory at Seward Fisheries, and did the same in 2007 at Petersburg Fisheries. In 1997 we updated the meal plant aboard the P/V Northern Victor, and then in 2010 supplied a new cooker, press, and dryer to the vessel. A 400MT/day meal plant was installed aboard the F/T Alaska Ocean in 2013, and in 2016 a new salmon meal line went into Cordova, Alaska, for Ocean Beauty Seafoods.

In addition to machinery sales and service, Aleutian Proteins has been a leader in marketing of fishmeal and fish oil.  Since 1989 we have exported more than one million tons of Alaskan and Russian pollock fishmeal, and sold several thousand tons of Alaskan salmon meal and oil to the domestic U.S. petfood industry.

As a result of our long experience in Alaskan fishmeal production and our knowledge of international fishmeal markets, we are uniquely able to assist both producers and end-users of fishmeal and fish oil products.  We have built a solid reputation by providing fast and reliable service to both our suppliers and our buyers, with the goal always to maintain strong long-term relationships.